What Being a Farm Apprentice Taught Me

As the granddaughter of a farmer, I didn’t appreciate what farming entailed. After being in the restaurant industry for the last 20+ years, I learned the appreciation for the farmers and where our food comes from. Over the past 10 years I wanted to learn the ins and outs of farming.

Last year in 2019, I enrolled as an apprentice at Five Fridges Farm, in Wheat Ridge. Michelle sent me the information and I applied with the plan of both of us attending. There was only one slot left and she said, “take it.” Thanks Michelle! I had no idea what to expect or what type of farming I would be learning. Needless to say, I was in for a huge surprise; it is a goat farm, primarily, but also houses chickens and turkeys. I thought I would learn the growing side of farming, not the animal side. What an experience it turned out to be. 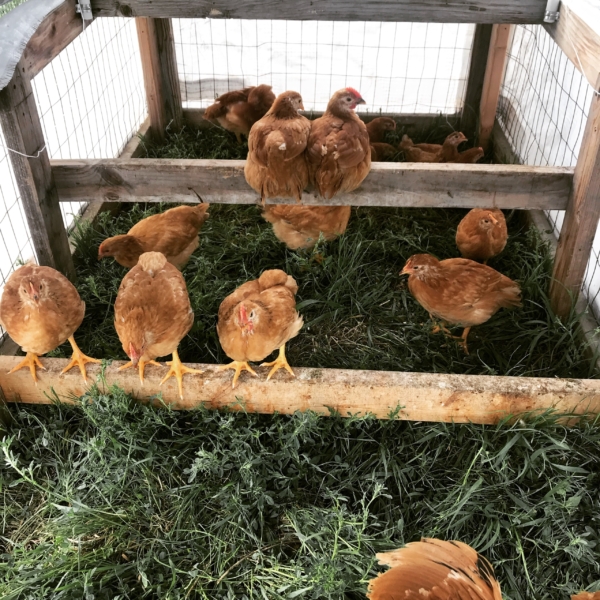 I signed up for the Wednesday classes that I would attend once a month for 11 months. Upon introduction, I learned that we would have to sign up for farm chores, i.e., free labor. Very smart on Amanda’s part, the owner of the farm. We, the apprentices, would be the second group of apprentices Amanda had “hired.” Our chores consisted of feeding the chickens, turkeys, and goats, as well as milking the goats. Believe me, milking is not an easy task, especially when you encounter the naughty goat, Mabel. She loved to kick the milk bucket, demanded more sweet grain and bucked at us, as if she knew we were newbies and could take advantage of us. We were always in pairs and had a wrangler assist us in the beginning. As the year went on, the wrangler would be at the ready, but not present unless we felt uncomfortable.

Throughout the year we made cheese from the goat’s milk, gathered, cleaned and packed chicken eggs during the season. Learned about different herbs and growing seasons of vegetables, when to plant annuals and perennials from the garden on the farm. We moved the goats throughout the year in order for them to graze the land. We built turkey cages on the main side of the farm to make room for the turkey chicks. In the summer, those that wanted to participate, raised chickens from chicks to adults, for eating chickens. However many “chickens” you wanted to process was what you raised. With that said, I had five chickens, but as a collective, we raised our chicks together. I believe we started with 50 and ended up with 42 by the end of it. We had two chicken wagons that we had to move, water and feed twice a day for 52 days. We signed up for day or afternoon time slots to take care of the chickens. When the date was picked to process the chickens, the majority processed the lot and Kendra, another industry apprentice, and I processed the last ten.

We were at Patrick and Karen’s house, two wranglers, that backs up to Shawna’s, another wrangler’s house. They, by the way, are awesome people with an amazing property and garden/farming knowledge. Patrick and Karen have chickens on their property so are experts at processing chickens. I was happy that we had an intimate experience doing this. I was not very confident in the killing (am I allowed to say that?) process, but everything else came naturally. We started by putting them in a cone and making the cut, placing them in boiling water for 10-20 seconds to loosen the feathers and then the tumbler that is like a washer and removes most of the feathers. Finally, we butchered the chickens, carefully, and weighed them. Quite the experience. 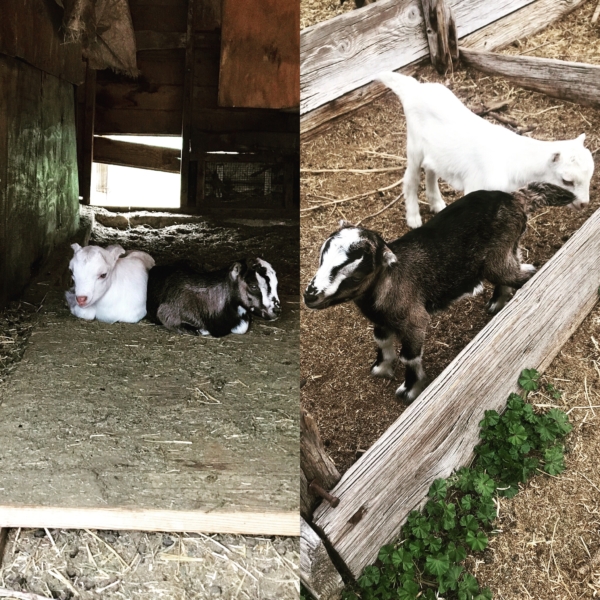 Amanda Weaver is an instructor of geography at CU Denver. In June, she offered us an opportunity to attend a week’s worth of hands-on courses to any or all of them that she was taking her students on. I was able to go on one of the days. We toured a farm in Yuma, CO where we learned about the different types of grasses and met a herd of cattle. We then moved onto Akron, CO and visited a family farm that grows hops for a local brewery. In the spring, we planted apple trees for Jay Kenney of Clear Fork Cider. We planted 6 trees for his orchard. He was very informative and sells his cider through his website.

From the Farm to Catering

At the end of our apprentice year, we had a party with all the apprentices and wranglers that could make it which gave us all a chance to see everyone that was in the program and reconnect potluck style. It was a nice way to end the year and thank everyone, especially Amanda and the wranglers for all their expertise, patience and kindness. I would recommend this apprenticeship to anyone interested in a hands on experience and a great group of people to work with.

My experience as a farm apprentice was influential in learning patience, hard work and focus. It takes all of that to own a small business and with very little overhead, it’s even more so. Times can be tough and emotions can run wild, but the outcome of doing such, especially as a female business owner, is one in a million. It is important to focus on the end game which is to be an integral part of the community while doing what you love to do and having it felt by others. Heirloom Catering’s mission is to buy and use food and beverage products from local farms, ranches, and artisan food makers. Let us cater your next celebration, gathering, or corporate event. Contact us today!

About the Author: heirloom

Visit our new Cafe and Market at Temple Contemporary Arts Haven! Open for breakfast and lunch and takeaway treats are available in the Market.

How are we doing?